Five Signs That Your Fence Needs To Be Replaced

Although a wood fence can last for years with proper maintenance, certain types of damage may mean that it is time to replace part or all of the fence.

A leaning, sagging fence should never be ignored. If the posts are leaning over, they are no longer firmly anchored in the ground. The entire fence could be in danger of collapsing. Sometimes the posts remain sturdy, but the fence begins to sag inward or outward from the posts. This is often an issue with the rails, which may be rotting, broken, or simply aged beyond repair. The posts may be able to be reused in this case, but the rails and likely the pickets will require replacement.

Dry conditions can cause pickets to dry out and split, rendering them weak and useless. Splintering is also common when the wood dries out too much. Insect damage, particularly from carpenter ants or termites, can also destroy pickets. If the posts and rails are in good condition, only the pickets require replacing.

Rot occurs when moisture gets into the wood and begins breaking apart the fibers. Often, microorganisms like fungus also attack the wet wood, which speeds up the process. There is no way to reverse wood rot. Replacing posts with metal or a rot-resistant wood is necessary. Rotted pickets and rails will also require prompt replacement. If you catch the issue early, you will only need to replace the affected parts of the fence. Keeping the wood painted or stained will prevent rot on your new fence.

Mechanical damage refers to any type of damage that occurs from outside the fence, typically from trauma. For example, a car knocking down a fence panel or the weed trimmer tearing up the bottom of the pickets is considered mechanical damage. The good news is that mechanical damage is usually localized, so you probably won't have to replace the whole fence -- only the parts that have suffered the damage.

Warping is typically a result from moisture that dried out before rot set in but was present in the wood long enough for a board to bow or become misshapen. Although rails and posts can warp, pickets are most prone to this sort of damage. A warped board may not line up well with rails or neighboring pickets, which can make it hard to secure well. Further, warped boards can create large gaps, which compromises the fence if the board isn't replaced.

Contact a fence company in your area to schedule a consultation. 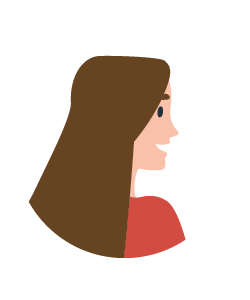 If you want to fence in your yard and better establish your property lines, you call a fence contractor. They will do the hard work of installing the fence posts and assembling the fence. But as a homeowner who is having a fence put up, you still need to be informed. On this website, you'll find answers to many of the questions you likely have about hiring a fence contractor and having a fence put up. Learn what kind of fence will last the longest, how much you can expect to pay, and how to find the best fencing company in your area.